In 2016, I travelled to Hanoi to film Adelaide’s own Australian of the Year 2020 Dr James Muecke and his work for Sight For All. I’d read about his work and offered to make a film to help amplify the impact of his humanitarian organisation.

In 2020, SBS broadcast the documentary and it’s now streaming on SBS on Demand.

“Little Bang’s New Eye” is a heartwarming little story that provides a little reminder of what is good out there, particularly during the turbulent year that we’ve had. I shot, produced, edited and directed this little film which was narrated by the very gracious and generous Australian actress Kerry Armstrong who offered her support to my very first documentary “Tibet’s Cry for Freedom” back in 2007. A number of colleagues graciously helped me during the post production.

“Little Bang’s New Eye” was produced on a zero budget. The story was discovered in an operating theatre in Hanoi. It was completely unscripted and unplanned. All those who worked on it did so because they believed in it. It’s a testament to good people working from the heart and it’s a lovely dose of positivity and inspiration during this very turbulent year that we’ve had. I hope you can watch ! 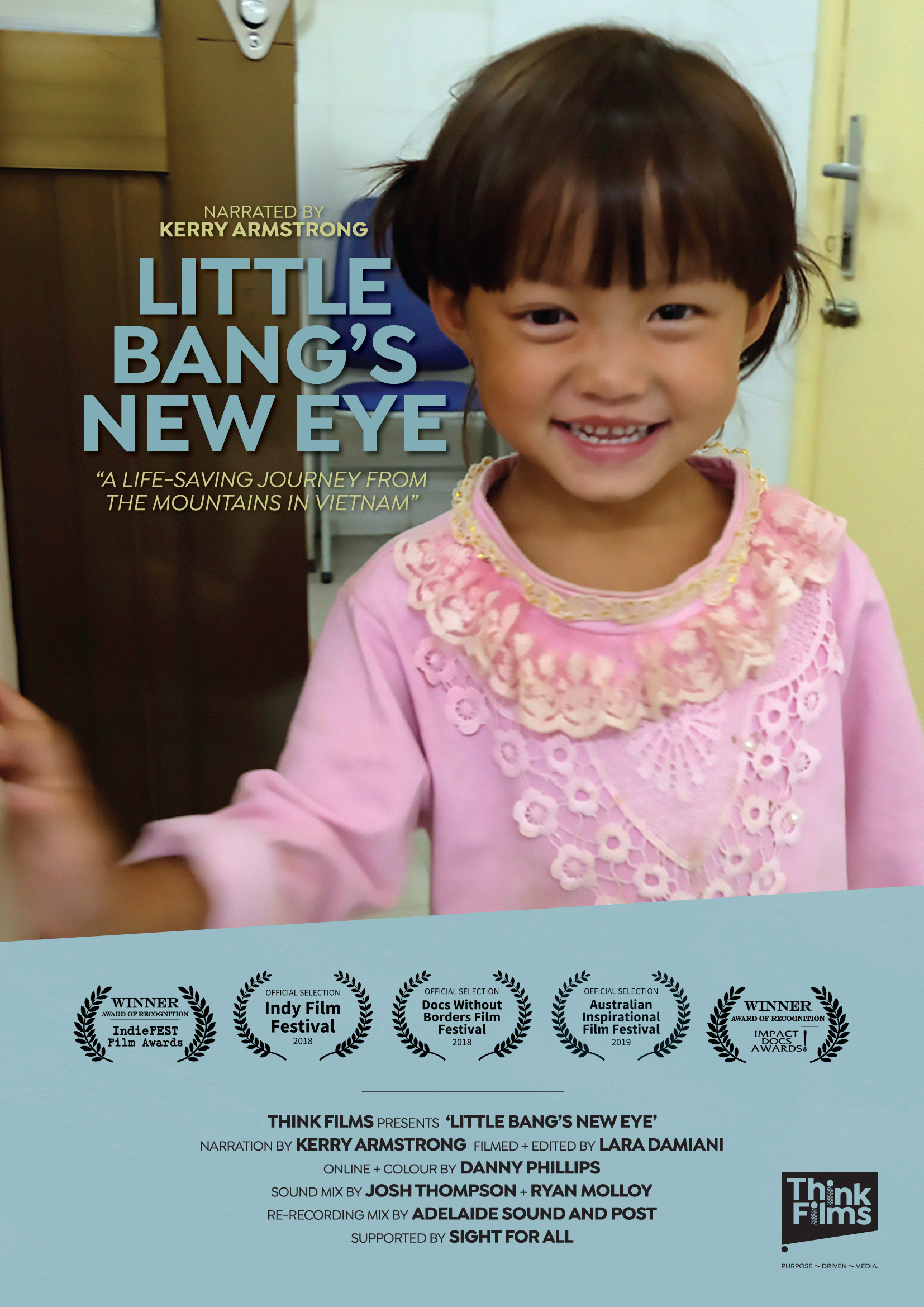